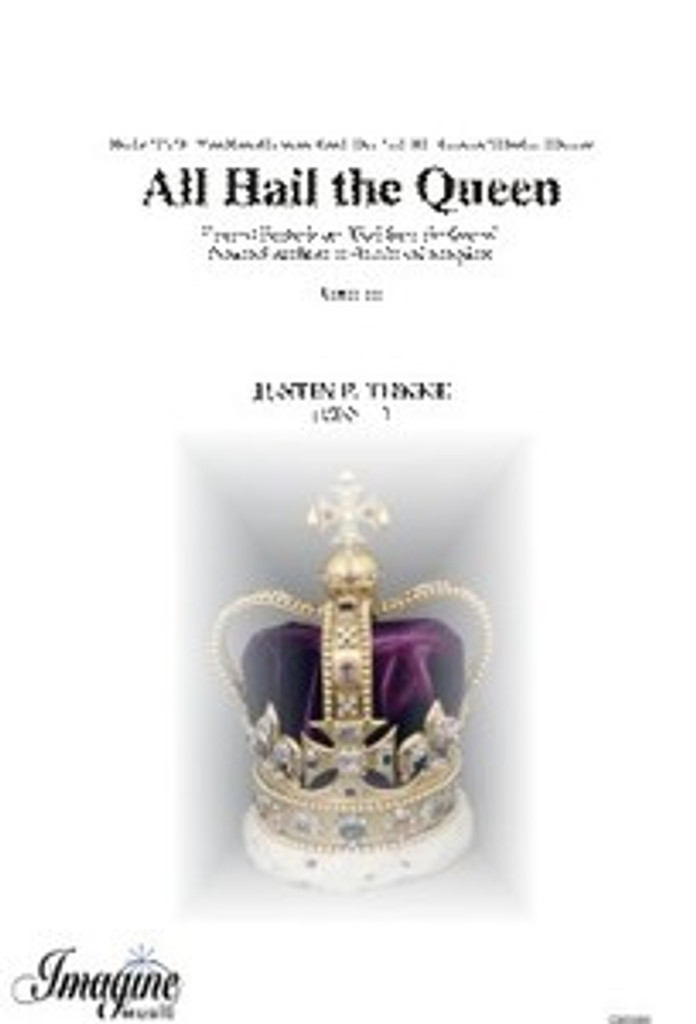 All Hail the Queen is a concert fantasia based on Great Britain’s national anthem of “God Save the Queen.” The theme is presented with an explosion of energy with three separate, non-theme motives decorating the theme in D-flat Lydian. The theme and it’s accompanying motives are passed about the band being fragmented and transposed at a terrific pace, like a fleeting set of variations, each telling its own tale in parody. As the music reaches its first dissonant climax, the British brass band is heard. Now in it’s traditional key of F Major, the theme is heard in all its original glory until the stubborn flutes and piccolo, which caricature the theme in D-flat, cut it off. More variations follow, more extreme with glissando and staggered entrances. Slowly, the music progresses back to the original material heard at the beginning of the piece. The final repetition shows the final climax with full force and absolute dignity concluding with a chase towards the final bar line.