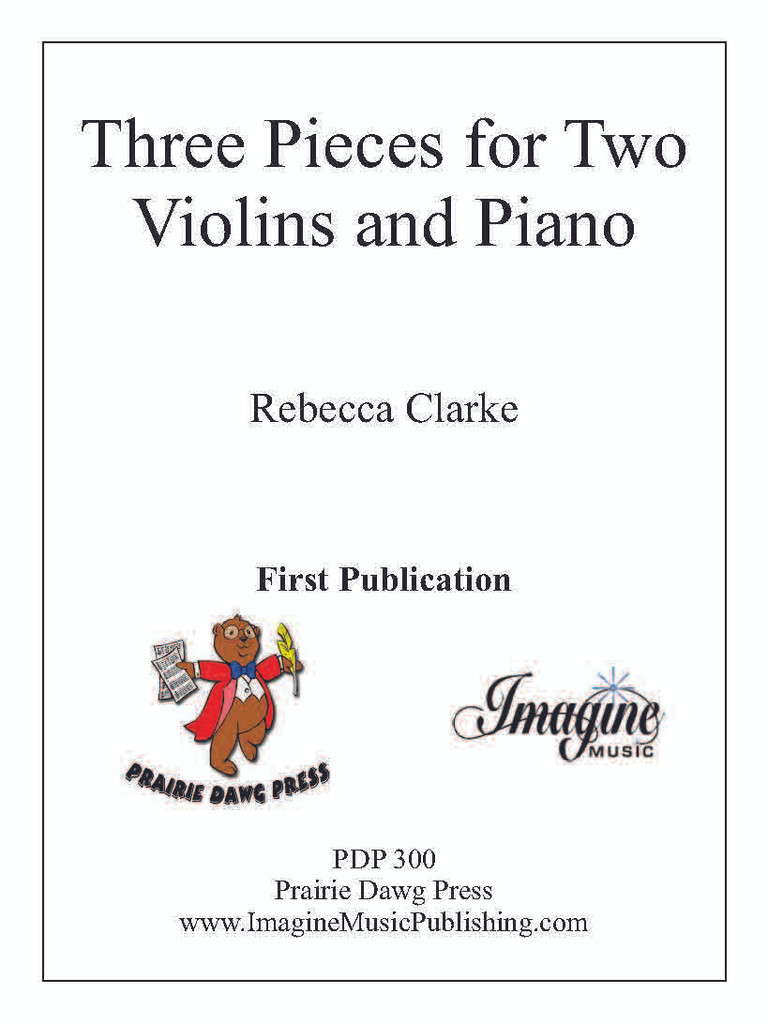 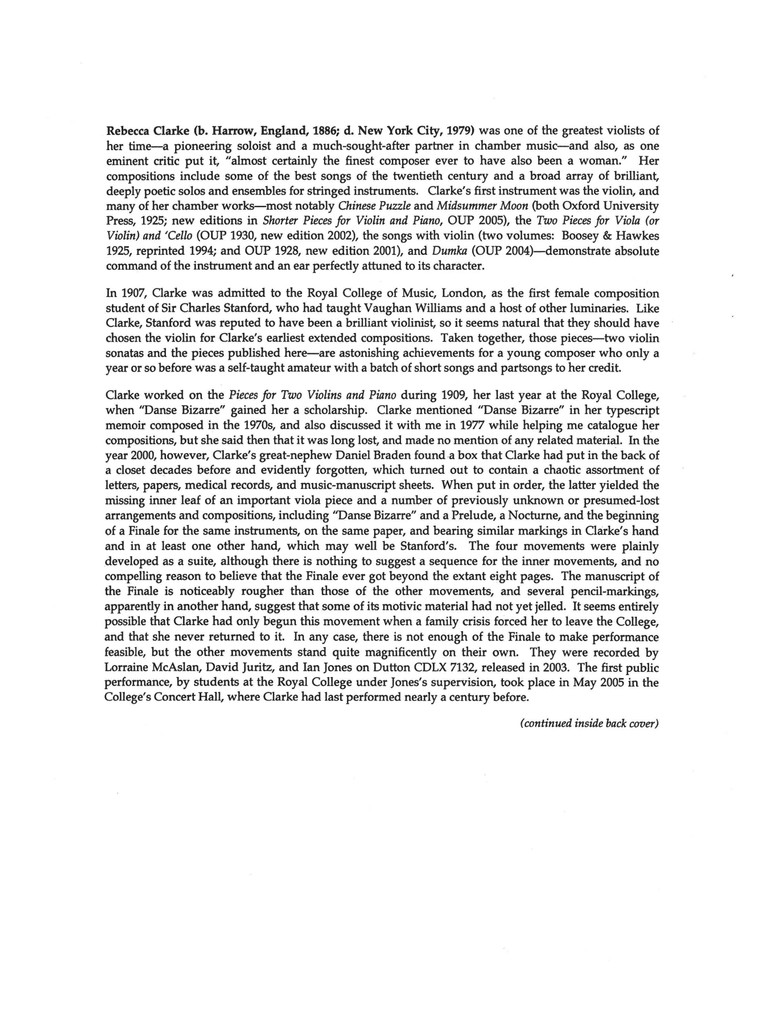 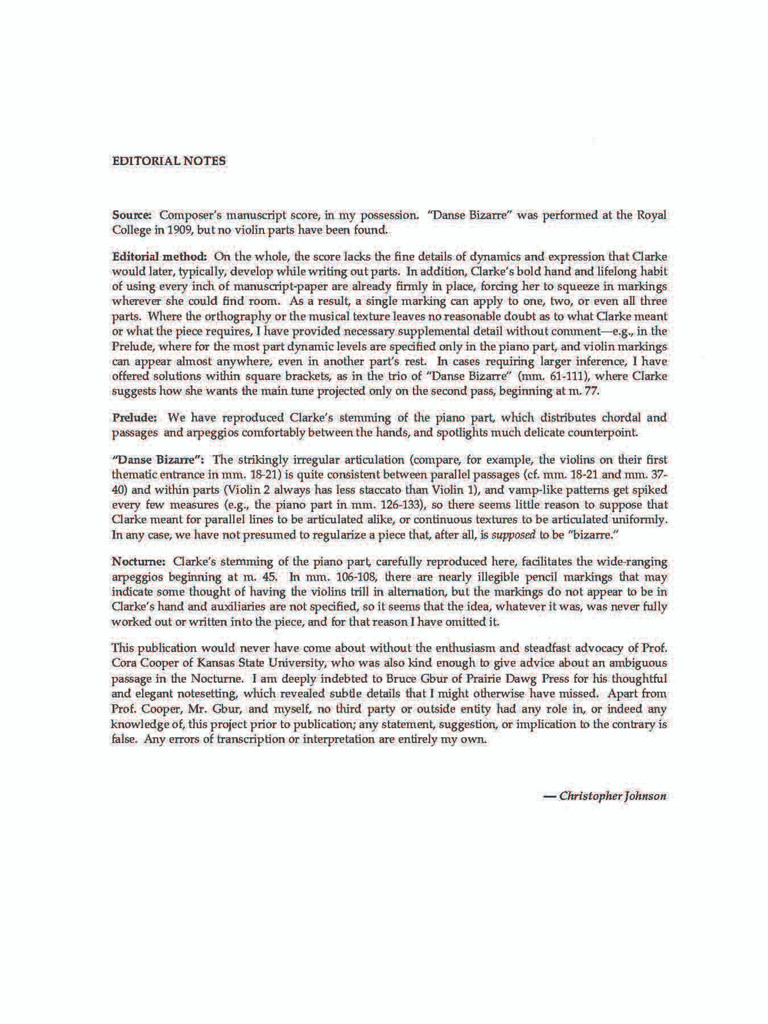 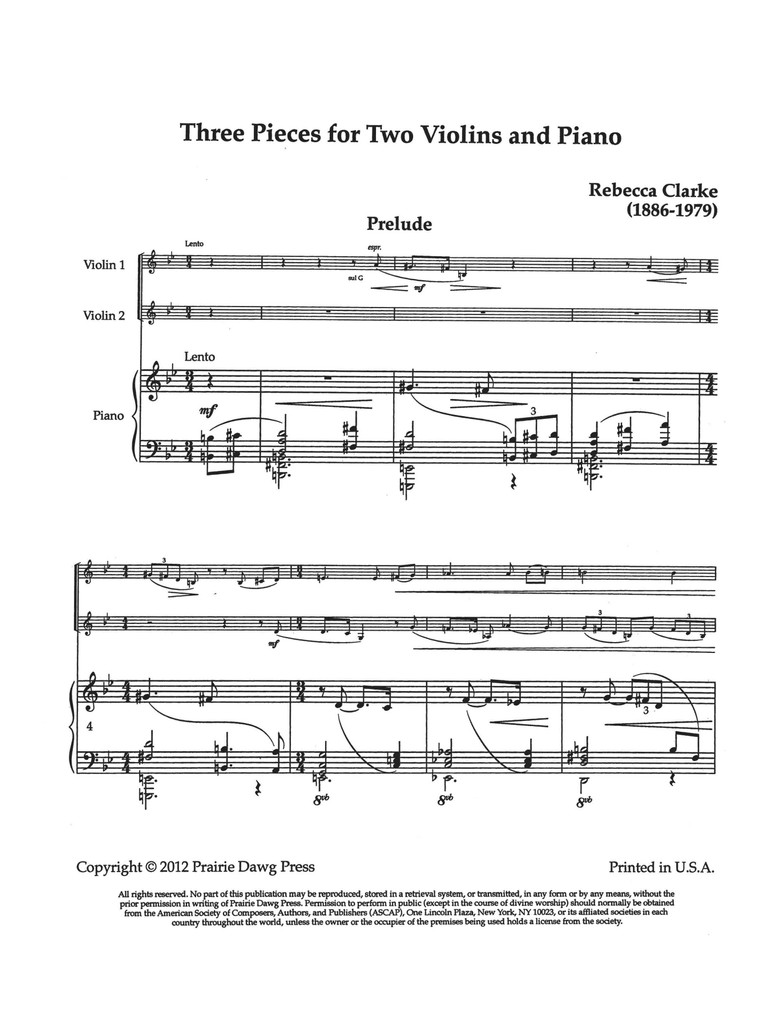 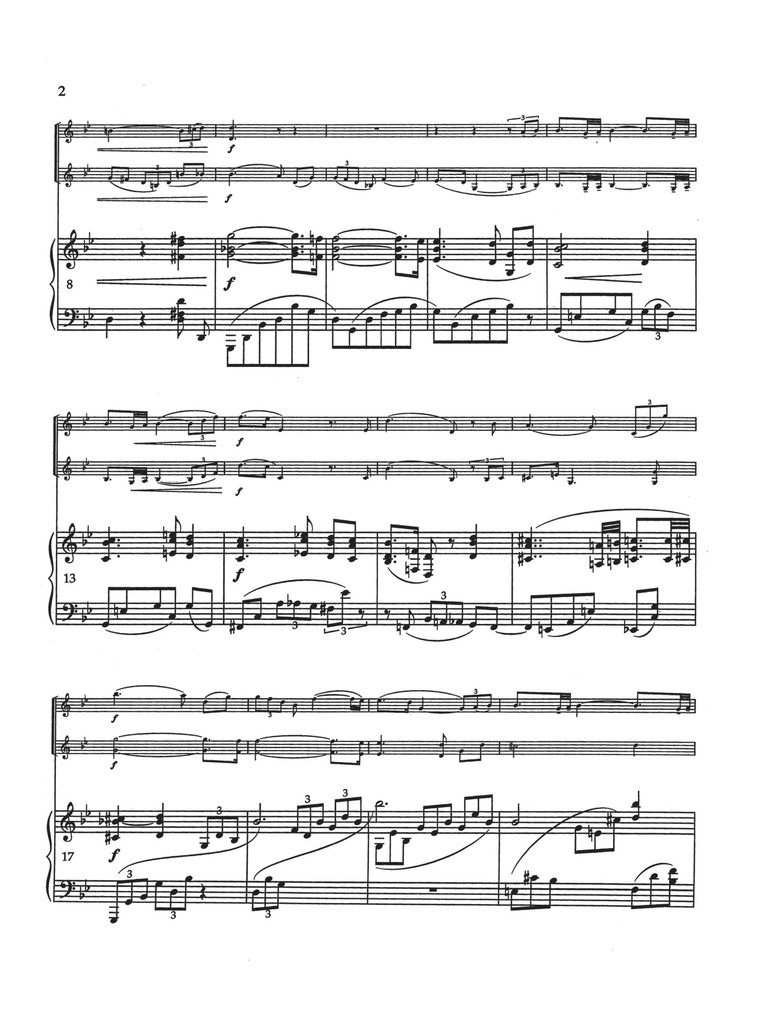 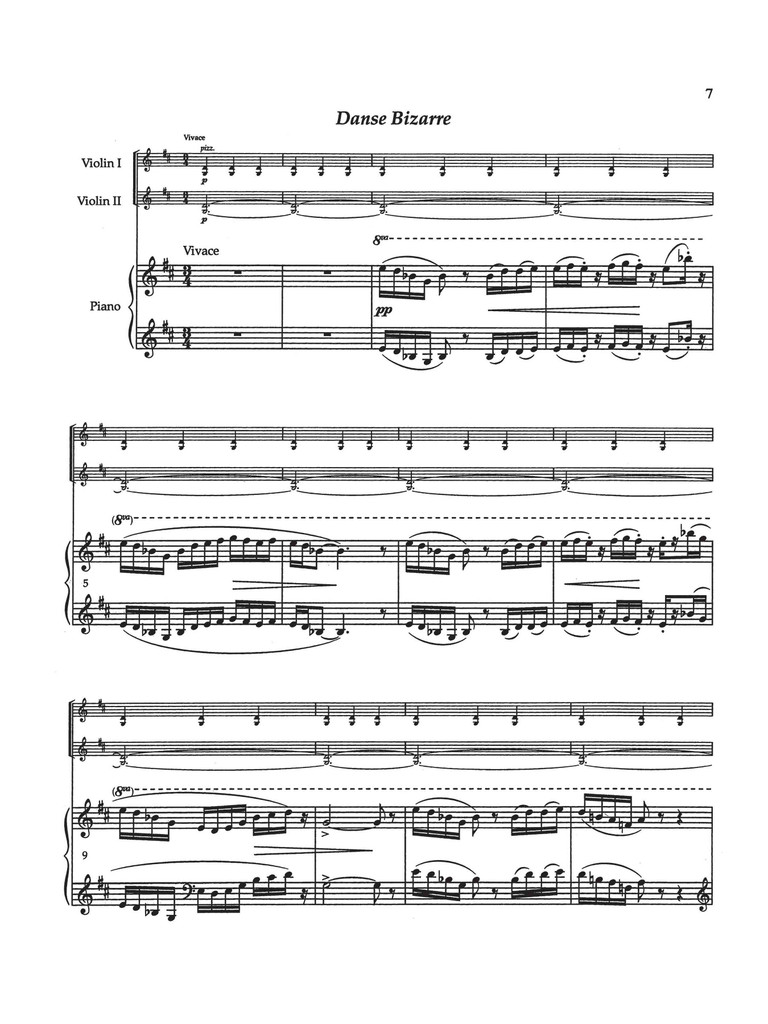 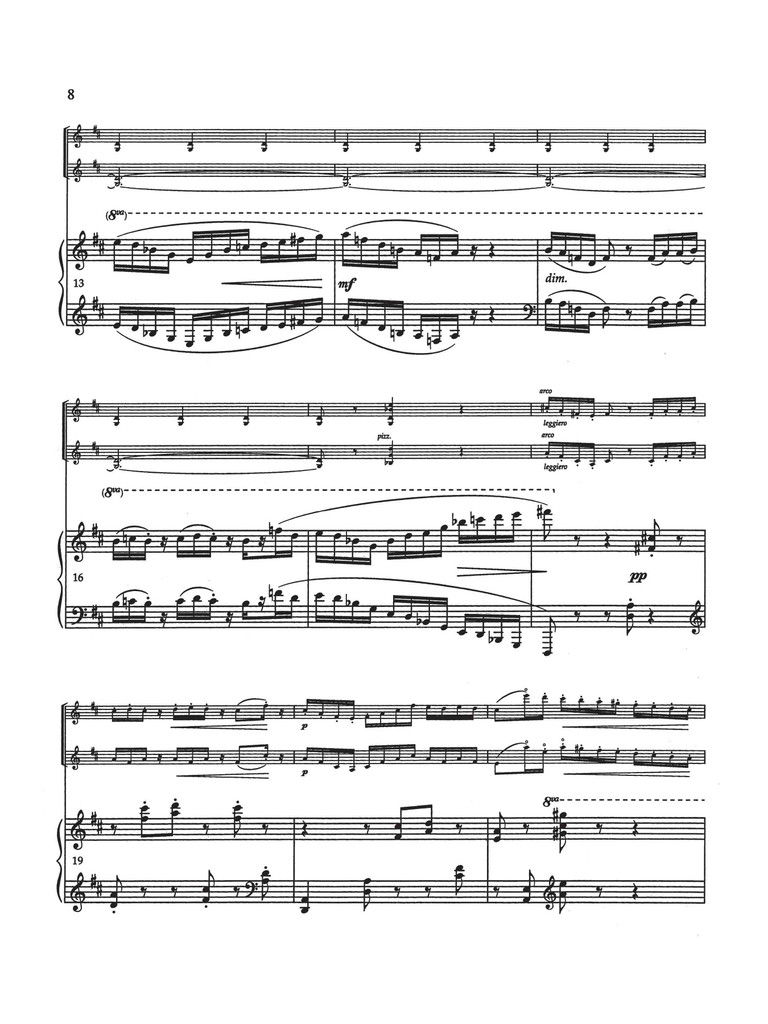 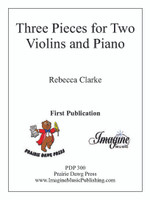 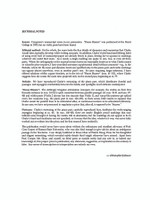 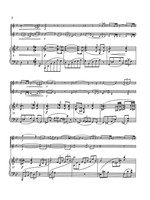 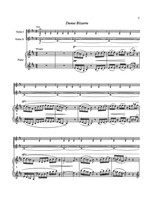 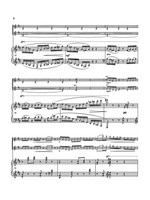 Clarke worked on the Pieces for Two Violins and Piano during 1909, her last year at the Royal College, when "Danse Bizarre" gained her a scholarship. Clarke mentioned "Danse Bizarre" in her typescript memoir composed in the 1970s, and also discussed it with me in 1977 while helping me catalogue her compositions, but she said then that it was long lost, and made no mention of any related material. In the year 2000, however, Clarke's great-nephew Daniel Braden found.a box that Clarke had put in the back of a closet decades before and evidently forgotten, which turned out to contain a chaotic assortment of letters, papers, medical records, and music-manuscript sheets. When put in order, the latter yielded the missing inner leaf of an important viola piece and a number of previously unknown or presumed-lost arrangements and compositions, including ''Danse Bizarre" and a Prelude, a Nocturne, and the beginning of a Finale for the same instruments, on the same paper, and bearing similar markings in Clarke's hand and in at least one other hand, which may well be Stanford's. The four movements were plainly developed as a suite, although there is nothing to suggest a sequence for the inner movements, and no compelling reason to believe that the Finale ever got beyond the extant eight pages. The manuscript of the Finale is noticeably rougher than those of the other movements, and several pencil-markings, apparently in another hand, suggest that some of its motivic material had not yet jelled. It seems entirely possible that Clarke had only begun this movement when a family crisis forced her to leave the College, and that she never returned to it. In any case, there is not enough of the Finale to make performance feasible, but the other movements stand quite magnificently on their own. They were recorded by Lorraine McAslan, David Juritz, and Ian Jones on Dutton CDLX 7132, released in 2003. The first public performance, by students at the Royal College under Jones's supervision, took place in May 2005 in the College's Concert Hall, where Clarke had last performed nearly a century before.

Three Pieces for Oboe and Piano